A couple of weeks ago, my boyfriend and I stayed in Liverpool for three nights as a little getaway for our Christmas present to each other. Neither of us had ever been to Liverpool before so we were both really excited to go and tick it off our list of UK cities that we have visited…

We stayed at the Titanic Hotel in the Stanley Dock area just outside the city centre, and wow, it was just stunning. The hotels exterior, interior and staff were just brilliant. Its luxury, contemporary style really won us over; some days we didn’t even want to leave the room. We stayed in a superior room that included a lovely full English breakfast for each morning we were there. Although the hotel wasn’t situated directly in the city centre, it was easy enough to order an Uber when we were going out for dinner as this only cost about £5 each way.

On one of our days we booked in to have a facial in the spa in the basement of the hotel. It is technically separate from the Titanic Hotel in the way that it operates, however, if you are staying at the hotel you do get a slight discount off the spa rate which is always good. I had never had a proper facial before so I was really excited for this; it made my skin feel so soft and clean, and my skin literally carried on glowing for days after. The spa has a hydrotherapy pool, a sauna, stream room, saunarium and a foot spa as well so there is definitely plenty to do in your two hour slot down there.

What to do and see

We arrived at the hotel at about 4pm but decided we’d just chill out before heading out for dinner that evening. As some of my friends go to uni over in Liverpool I asked them for a few suggestions of what to do and where to eat there. One of them suggested Case Italia in the city centre so we thought we’d try that for the night. It was a lovely authentic Italian restaurant with a massive menu and extremely quick service! I went for the Spag Bol in the end (boring, I know), but it was absolutely delicious and it was a very reasonable price too. After our meal we then headed to Slug & Lettuce for a few drinks which was a lovely end to a very enjoyable evening.

On our first full day we visited the Tate Liverpool on the Royal Albert Dock. We both quite enjoyed this as there is a range of art and various exhibitions going on all at once, plus it got us out of the rain for a couple of hours! We also did a spot of shopping at Liverpool One shopping centre. To be honest, the shopping wasn’t amazing as it was pretty similar to any other city centre shopping, however it was nice to get some fresh air and to wander around as it wasn’t too busy.

On the next day we decided to venture out to Chester Zoo – this was a very good call. As it was a weekday the Zoo wasn’t too busy apart from a few school trips walking around so we managed to see all of the animals up close. I still can’t get over the tiny spider monkey that was there… The Zoo cost about £40 for the two of us for the day which I thought was fairly reasonable as it was huge!

Once we returned back to the hotel that afternoon we got ready for our last dinner in Liverpool and headed out to Miller and Carter on the Albert Dock. It was such a nice setting with fairy lights outlining the docks and reflecting off the water. I’ve never actually been to a Miller and Carter restaurant before but the food was SO nice and there was so much choice on the menu. After our meal we then went to Revolution next door for a drink. This Revs was a lot cleaner and more sophisticated than other ones I’ve been to (which was a nice surprise), so I’d definitely recommend it for some classy drinks with some friends. Plus they always play good music in Revs too, which is a bonus!

Anyway, that rounds up our little trip to Liverpool. Hopefully this mini guide of ideas to do whilst staying in the city will help some of you out, or at least give you some inspo for an upcoming city break!

Overall, we did really enjoy Liverpool however it was very similar to any other large UK city, so really it was down to the Titanic Hotel and our experience there that made our trip so special and memorable.

Hope you all enjoyed this post and thanks so much for reading!

Welcome to my blog! 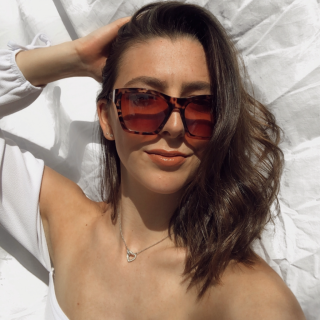